The Power of Empowerment.

March 22, 2016
Do you sometimes wonder just what power is and who really has it? In the hierarchical view of organizations, there is only one way to see power and that is that power resides with those at the top. Today, in the new empowered forms of organizations, however, there is a less defined view of power. That’s because when you empower people, power can be anywhere in the organization: with those at the top, those dealing with customers, those doing a key job, and so on.

The two forms of power

There are two kinds of organizational power: top-down and bottom-up. Top-down power is the traditional form of power and usually resides with those who have status and position. On paper, these people are the most powerful in the organization. Bottom-up power is a more interesting form of power. It can reside with anyone who has the power to make a difference. In short, it can be called “screw-up power”.

While people with screw-up power have no formal position, they have an unlimited power to make a difference to how well your business performs.

The traditional form of top-down power is impression power. It depends on using the potential of power rather than the actuality of power and uses shows of force to get people to act. There are many legitimate uses of impression power, for example, if you want to sell an idea, to argue a point of view, or to motivate others to act. Those who play politics in organizations use impression power to build empires, grab the lion’s share of resources, and promote themselves.

Your power to get things done

The power to get things done is not based on status, connections or power displays. It is based on your personal qualities and skills such as persistence, determination, vision, leadership, interpersonal skills, and the ability to change. None of these depend on your position in the organization and so can be developed whatever your job or role.

In the traditional organization, power works by threat and force. In the empowered organization, power works by how much you can give away. When you give people the power to own their jobs, make decisions that affect them, and allow them to be responsible for outcomes, you do what W. Edwards Deming believed empowerment was: the power to fully do your job.

The reason why empowerment has such power to change an organization is that you can do it every day in many small ways. Just taking an interest in what people do and listening to their ideas are forms of empowerment. So is praising people for results and asking them what they want of you. You can create a revolution by making empowerment a daily habit.
The law of the few

Malcolm Gladwell, author of “The Tipping Point”, says that change is effected best not by trying to win over the mass of people, but by capturing the key personalities who can influence others. He calls this “the law of the few”.
There are 3 types of people you need to target when undertaking a major change:
When you recruit these people to the cause of change, you stand a greater chance of success.

Be one of the haves

We used to think that having power and position meant being one of the “haves” while being powerless meant being one of the “have nots”. However, today’s empowered organizations have changed all that. Today, the haves are those who can acquire freedom, self-confidence and riches without depriving others of them while the have-nots are those who spread fear and dependence by making others poor. Join the ranks of the haves.

“The real “haves” are those who can acquire freedom, self-confidence and riches without depriving others of them. They acquire all of these by developing and applying their potentialities.” (Eric Hoffer, 1902 – 83)

Power is a curious thing. For many, it is regarded as a finite limited commodity which they have to hang on to in case it disappears or is taken from them. By contrast, today’s empowered organizations prove that personal power is unlimited. In giving it away and developing it in others, you don’t lose it. You actually increase it and at the same time do yourself a power of good. 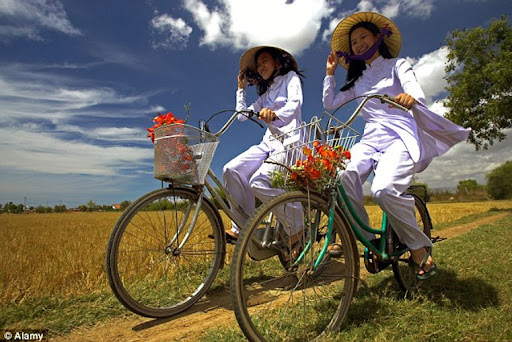 Is it time to invest in Vietnam? We look at the best ways to buy into 'extremely cheap' growth and good demographics June 23, 2016 | Daily Mail UK Positive sentiment toward Vietnam is gathering momentum as the relaxation on foreign ownership and its favorable demographics attract investors. Last year, the 49 per cent cap on foreign ownership in companies was softened, meaning they in theory can now take up to 100 per cent stake in large, listed companies. And although still classed as a frontier market alongside the likes of Argentina, Kenya and Romania, Vietnam is a likely candidate for reclassification as an emerging market, a move which is usually accompanied by a flood of foreign investment. But despite being described by one fan as 'extremely cheap' at the same time as offering good growth prospects and a population opportunity, Vietnam remains on the edge of most investors' radars. Land of
Read more
July 11, 2017 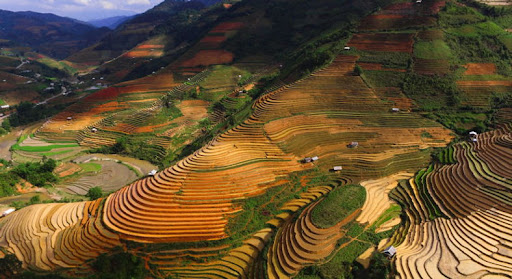 Vietnam Remains Key Focus for Hotel Investors and Operators July 10, 2017 Attracted by a rapidly growing tourism sector, rapid economic development and infrastructure investments, according to real estate consultancy JLL Vietnam’s rapid growth as a tourism destination has placed it on the investor radar as a key hospitality investment destination. The country has boosted its infrastructure to lure more foreign investors from Singapore, Japan, South Korea, Thailand and Malaysia.  With government initiatives and the commitments by the private sector into infrastructure and transport linkages, hotel investors are keen to capitalize on this growth. Vietnam invested 5.8 per cent of its GDP in infrastructural developments – the highest in Southeast Asia – according to the Asian Development Bank.  More than 10 million international tourists arrived in Vietnam in 2016, a 26 per cent increase from 2015. Vietnam National Administration of Tourism
Read more